THE HISTORY OF FIMMA IN THREE GENERATIONS

The FAMILY CONTINUITY in running the company is a hallmark of which Fimma is very proud.

Founded in 1941 by the engineer Guido Raccosta as G. RACCOSTA & C, and in 1961 renamed FIMMA, the company has developed and embraced a generation of inventors, technicians and salespersons who, each with their own personal contribution, have enriched the company.

The entry of Gaetano Raccosta, son of Guido, in 1965, was followed by that of his brother, Sandro Raccosta, in 1979. After various structural changes and the achievement of important quality certifications, also the third generation of the Raccosta family decided to continue this journey:

Gaetano’s children, Alessandra and Andrea, entered the company respectively in 1994 and 2006.

A SUCCESSFUL BUSINESS, FOR MORE THAN 60 YEARS
1941
1955
1961
1966
1975
1982
1992
1996
2008
2012
2016
OGGI
Engineer Guido Raccosta sets up G. RACCOSTA & C.
Basic products such as Seals for Butter Packaging are sold into the food industry.
FIMMA is found.
Production of EYELETS for the footwear and leather goods sector.
Production of RIVETS commences.
FIMMA becomes a Joint Stock Company. The production of SNAP FASTENERS commences.
A new factory is set up. Company headquarters are moved to the current premises.
First QUALITY CERTIFICATION is achieved.
Further CERTIFICATIONS for the ENVIRONMENT AND SAFETY gained.
SINCRO brand is launched.
New plant is opened for precious galvanic finishings.
FIMMA complies with Italian Legislative Decree 231. Andrea Raccosta becomes CEO.
2

Where the raw material is shaped and elaborated thanks to the passion, experience and the craftsmanship of competent and specialist professionals. The most up-to-date technologies allow the creation of a wide range of products, from the most classic standards items to unique and precious pieces with customised coatings and finishes.

The completeness of our production range and the expertise of the personnel guarantee to the customer an ALL ROUND SERVICE, able to satisfy every single need, achieving qualitative excellence of the final product.

The production department consists of the following key areas:

Reliability, passion, the care and attention paid to both the people and products are our core values.

We strongly believe in the QUALITY OF MADE IN ITALY and in CREATIVITY COMBINED WITH INNOVATION.

The attention to detail and creativity of those who work within Fimma make us proud of being an Italian company with an entrepreneurial tradition that has been passed down through three generations.

The company has always placed great importance on ECOSUSTAINABILITY. Thanks to the list of dangerous substances prepared by Greenpeace – called MRSL [*] – the production of hazardous metals can be controlled more effectively; a concrete example of our commitment to ecology is our use of brass with lead below 40PPM. Again, with a view to respecting the environment, we dedicate effort and resources to reducing waste and fully respect the ECOFASHION project.

[*] Greenpeace has implemented a detoxification campaign for some years now, creating a list of substances dangerous to the environment that shows the maximum concentration limit of each substance within commercial chemical formulations. This allows the clothing and footwear industry chain to adopt a harmonised approach to the management of chemical substances during the treatment of raw materials, with respect for and protection of the environment.

Over the years we have received many certifications that attest to the quality of our management system in the design and production of products through processes of cutting, punching, galvanising, coating, assembly and packing.

We are proud to adhere to Italian Legislative Decree 231 regards the administrative responsibility of the company, as an important example of our commitment to exercising correct business ethics. 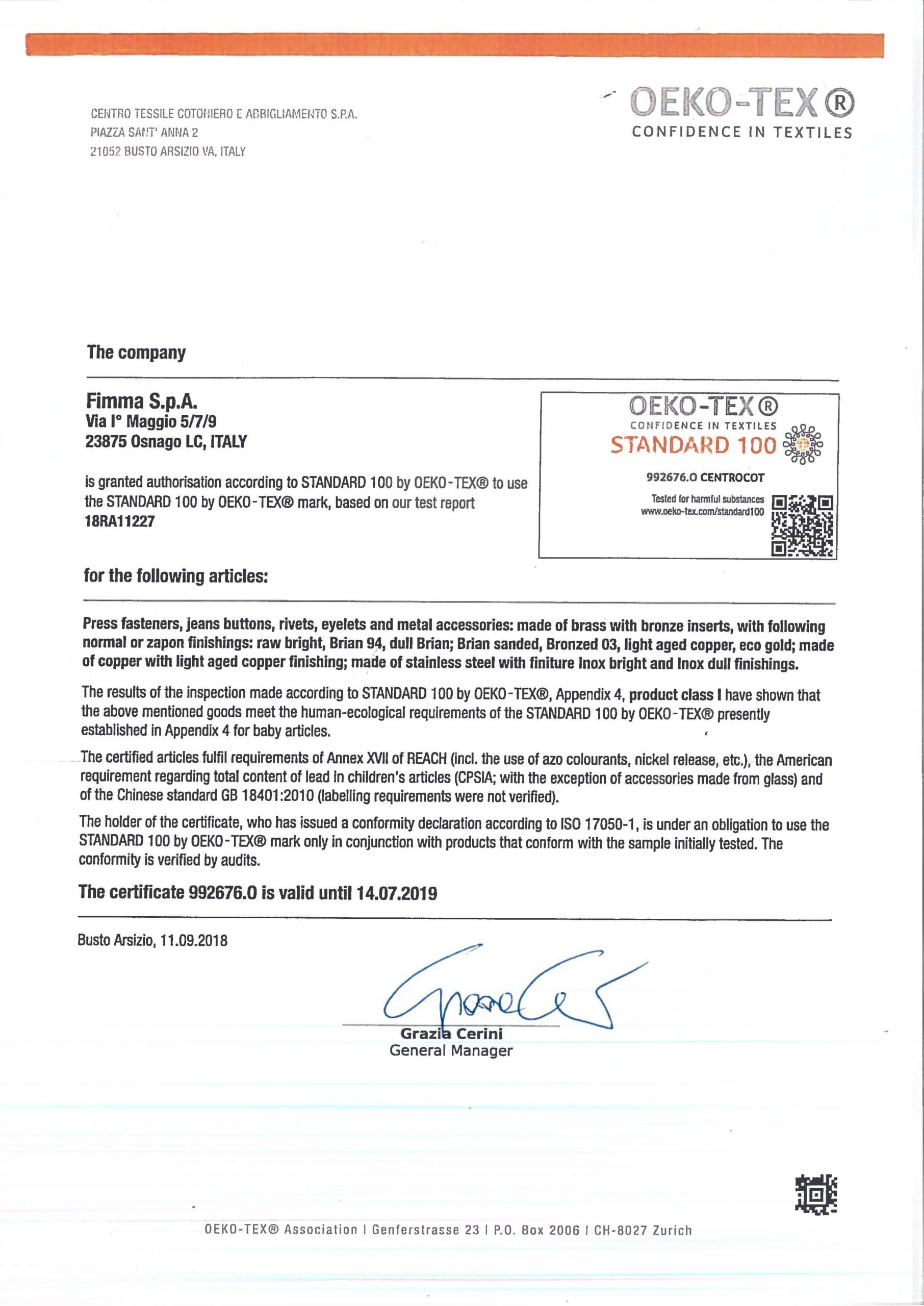 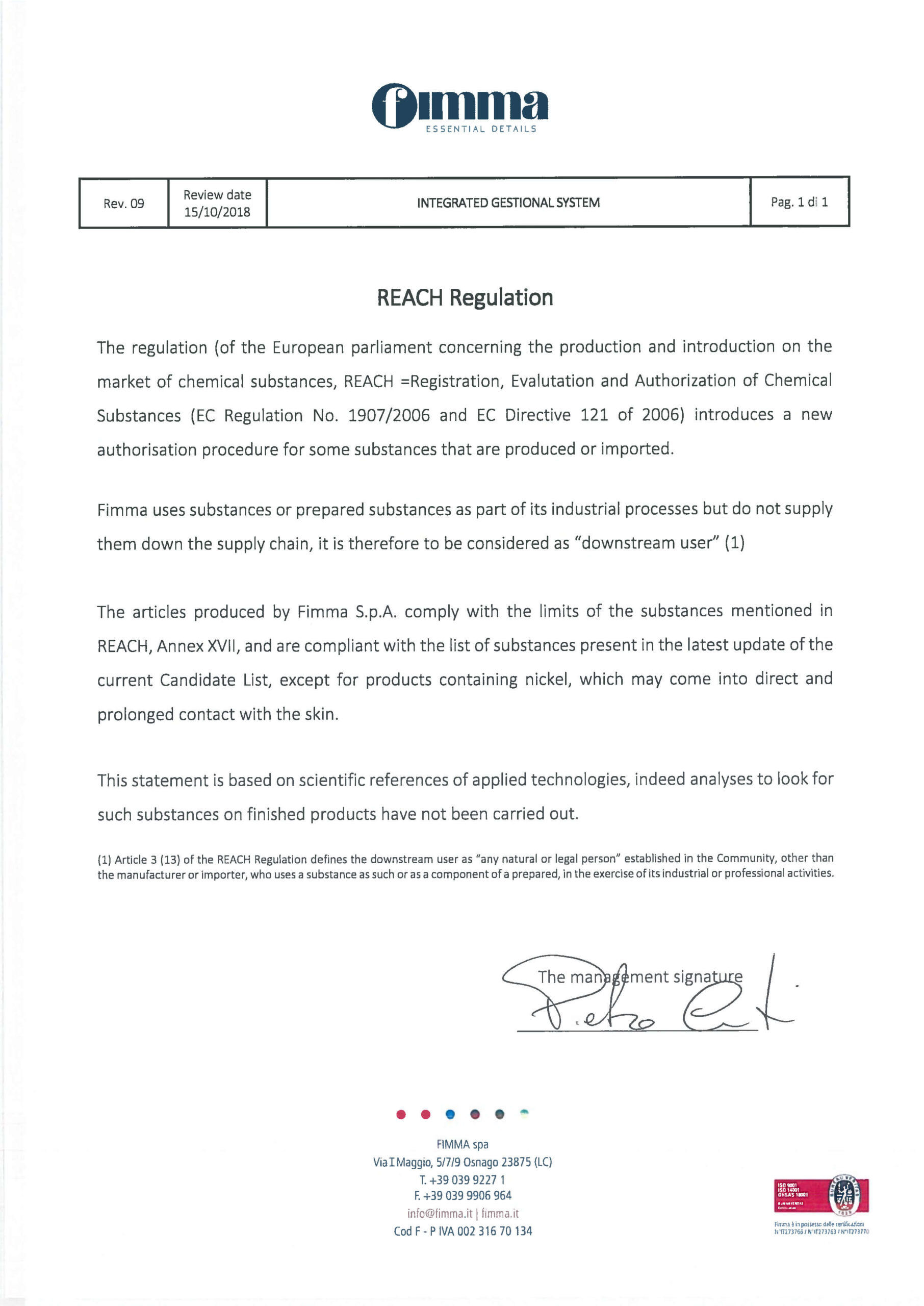 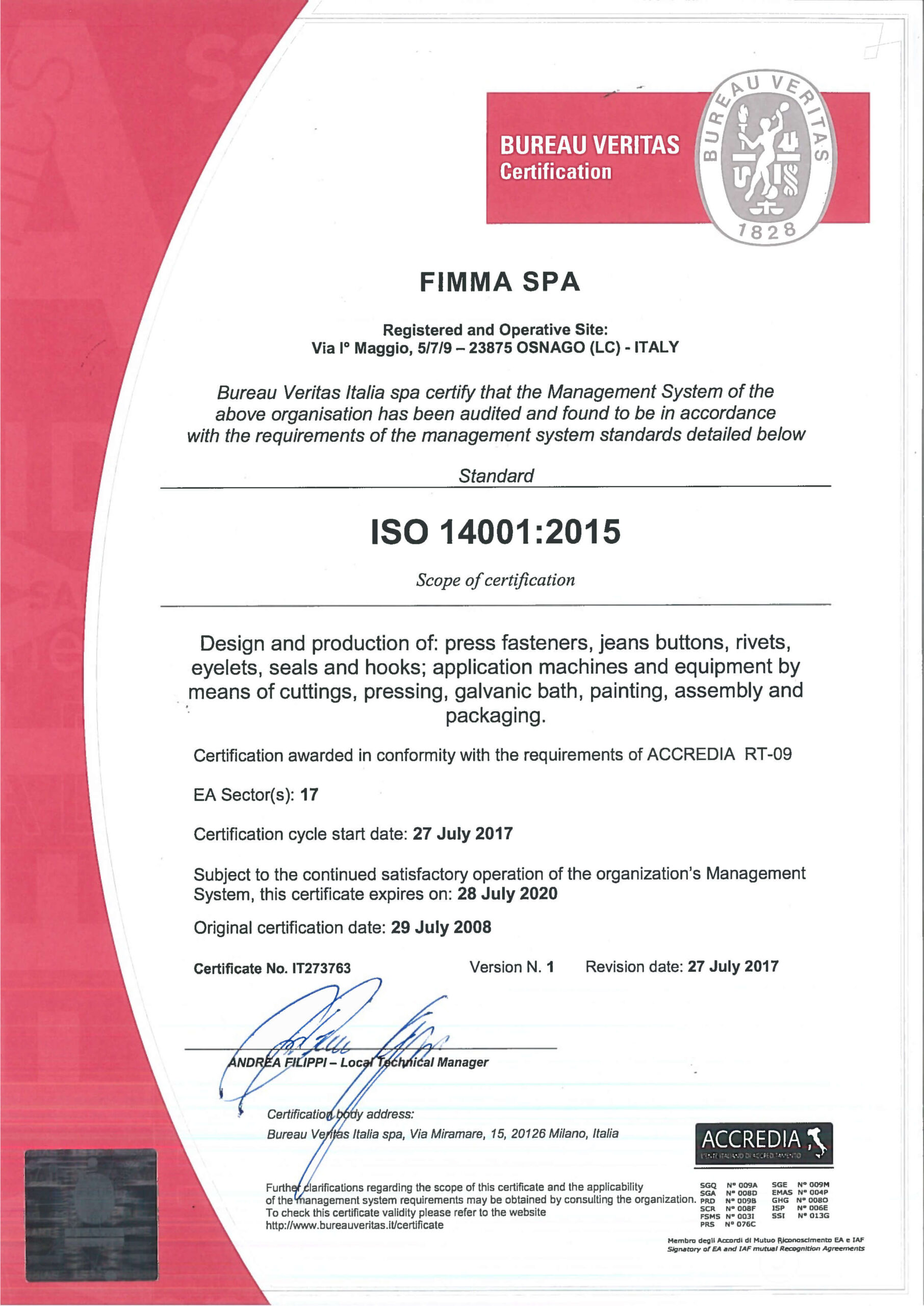 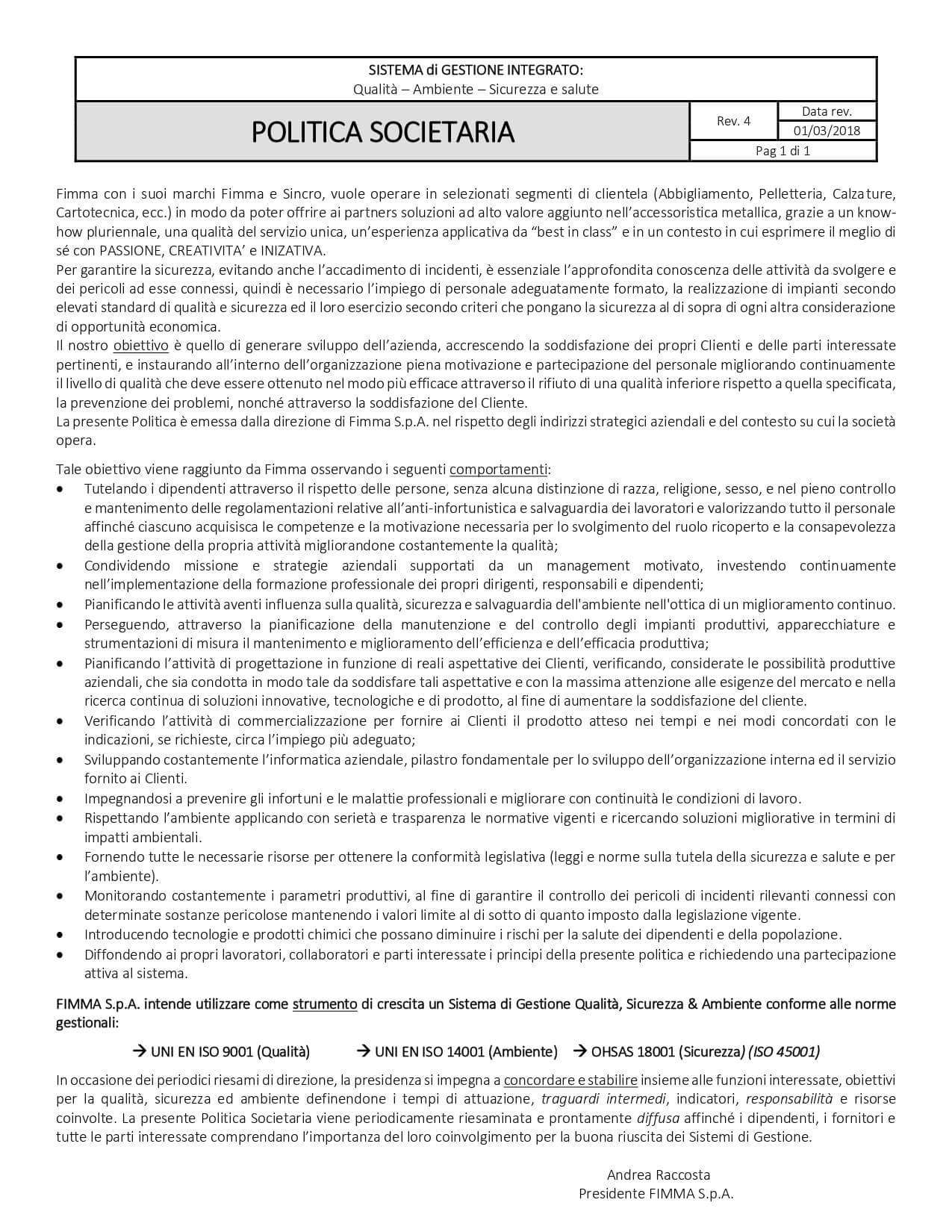